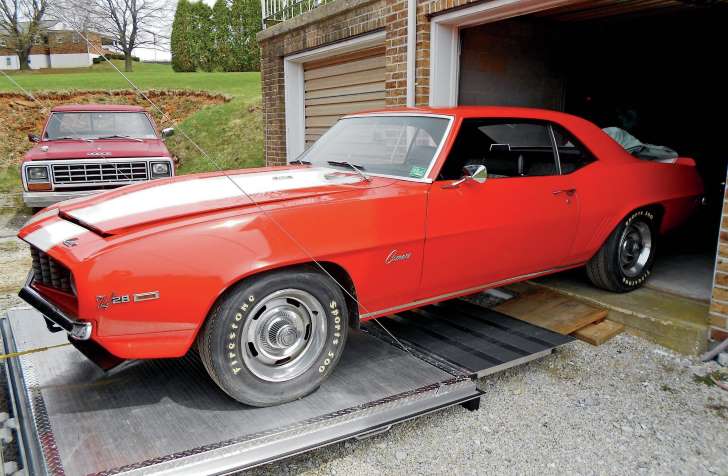 Skip Lecates found this Camaro the same way he found the Yenko Deuce that appeared on the cover of this magazine’s Sept. ’12 issue (“Mission Accomplished”), by talking with muscle heads in his area. He determined that the owner was a very private individual. Instead of knocking on his door with no invitation, Skip asked “a friend of a friend” who works with the Camaro’s owner to “talk to Larry and see if I can get in to look at the car.”

Skip knew asking if the car was for sale would probably get him nowhere. Larry had purchased his Z/28 brand new when he was just 16 years old. Obviously he was attached to the Z/28.

After a couple years, Skip finally got an OK to come out to Larry’s house and see his Camaro. No harm would be done. Skip was a Camaro guy who just wanted to look.

This car must have stayed in the basement for most of the last 35 years. 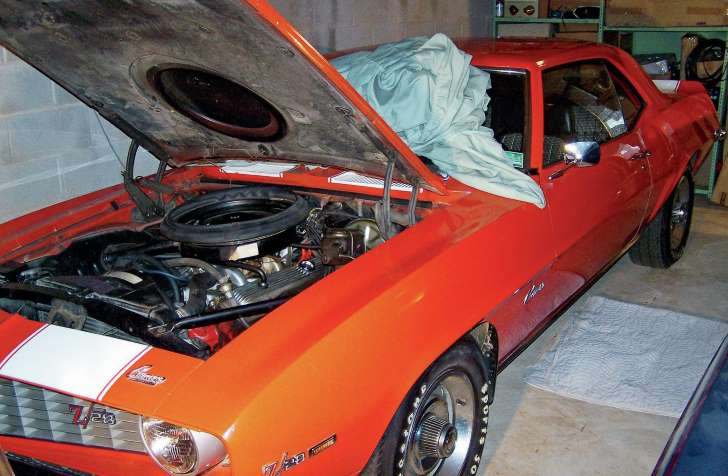 “I don’t know how many cars he had underneath the house there,” says Skip.

Most of the cars were covered. So they were not classic barn finds in the sense of being neglected. Larry peeled back a car cover to reveal his original paint Z/28, Hugger Orange with deluxe houndstooth interior. Skip has owned many Camaros, but he had never seen anything like this Z/28. The car had obviously been well taken care of since new. He believes the Z/28 originally wore Firestone Sports Car 200 tires, which the owner removed and saved. They were stored in the basement with the Z/28.

The odometer showed 21,229 in 1978. Now it has 21,672, 35 years later. This car must have stayed in the basement for most of the last 35 years. Apparently the owner always had another car to drive. When the Z/28 was new and the owner drove to work, Skip says he drove another car. The Z/28 led a sheltered life. 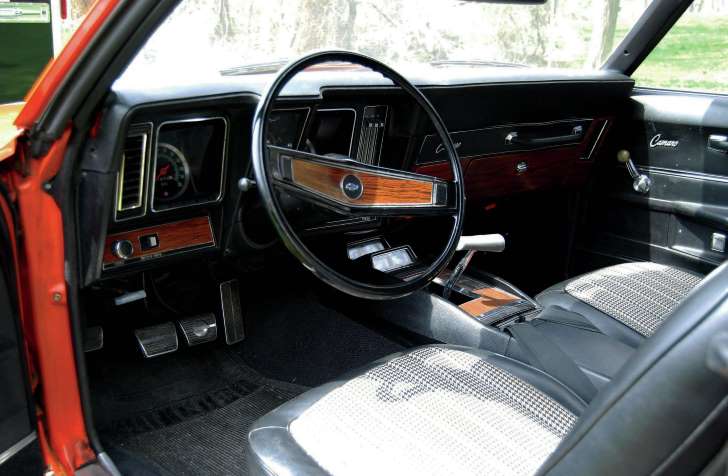 © Provided by Hotrod. The interior featured console and gauges, a Hurst shifter, bucket seats, a woodgrain wheel, and Houndstooth seats, all in excellent original condition.

The paint wasn’t just original. It was “stellar,” Skip says. Rust? The car was “not even thinking about rust.”

All he could see were some very minor paint touch-ups here and there, as if they were applied with a matchstick. 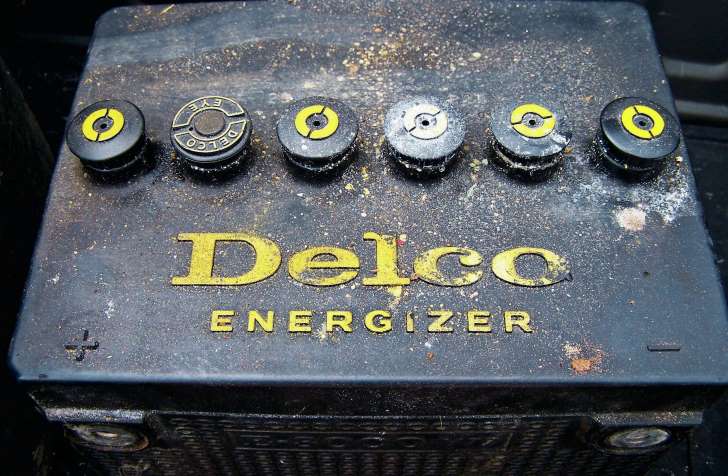 © Provided by Hotrod. Incredibly, the original owner saved the original battery many years ago. Skip saved this Y77 battery by fitting the case with new cells.

Was this basement Z/28 one of the best time capsules left in the world? Skip says, “There’s no doubt about it.”

The car was not even thinking about rust

The car wasn’t for sale. However, Skip let Larry know that he wanted to buy the Z/28. Larry was not ignorant of Z/28 prices. He knew what he had. He also, obviously, liked the car.

However, this past year Larry called Skip. Larry had decided to sell the Z/28 that he bought brand new.

“If you want to say he kind of lost interest, you could say he lost interest in it,” Skip explains. “And the winter we had up here last year was a little on the harsh side. He said, ‘I think I’m moving south.'”

That’s how Skip scored big-time with one of the most sought-after muscle Camaros, a ’69 Z/28, Hugger Orange, that is “a very, very high-end survivor car.”

Skip did not waste Larry’s 45 years of excellent Camaro care. When he sent the original water pump out for repair he told the shop, “Do not do anything to the exterior of this water pump.” 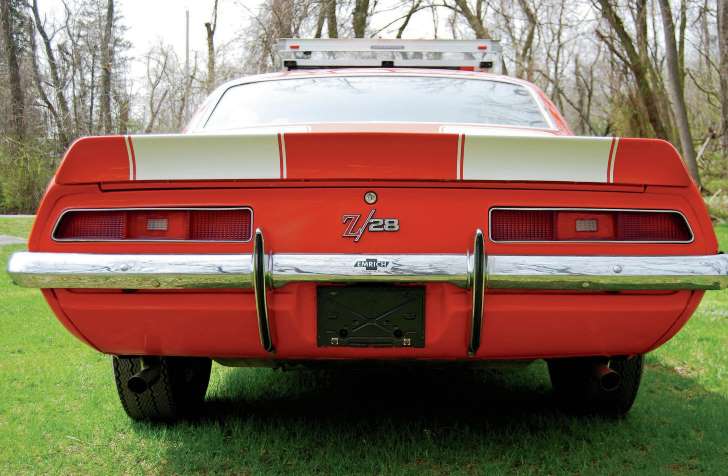 © Provided by Hotrod. The rear bumper still had an “Emrich” sticker on it, a reference to the original selling dealer, Emrich Chevrolet in Manchester, Pennsylvania.

Skip removed the bottom of the Delco Energizer blacktop battery and fitted the original case with new cells.

The 302 is original down to spark plugs, spark plug wires, hoses, and belts. At this writing, Skip was preparing to fire up the 302 and get the Z/28 operational for the first time in many years.