The Chevrolet models that came out of Don Yenko’s shop were all spectacular. This ’68 Camaro may be a little more so…

In the late 1960s, General Motors had a corporate edict which barred any engine larger than 400 cubic inches from finding its way under the hood of their recently released Ford Mustang fighter, the Camaro. To bypass this minor hurdle, the now famous Don Yenko ordered SS Camaros equipped with the L-78 Big Block engine to his father’s dealership and swapped it out with the 7.0-liter L-72 from the Corvette. The result was the now very rare and sought after Yenko Camaro.  Only 64 Yenko’s were built in 1968, one of which will cross the auction block at Mecum’s Original Spring Classic auction next month. 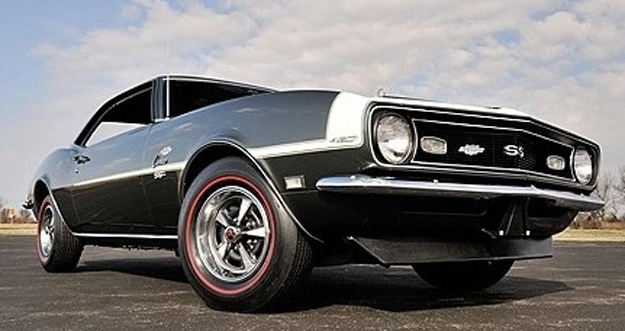 This particular Yenko has had an interesting and fascinating history. According to Mecum’s, it is one of the first group of 20 cars Yenko produced in 1968, as evidenced in a June 5 1968 memo from Donna Mae Mims of Yenko Chevrolet. It was sold new through Branine Chevrolet in Mulvane, Kansas to its original owner, Miles Pleasant. Soon after in 1970 it was sold to drag racer A.J. Lancaster, who prepared it for competition in the NHRA’s Pro Stock class. Lancaster removed and stored the original interior parts and left the body almost completely stock, making the restoration process relatively simple.

The restoration duties were taken on by the car’s current owner, Dr. Vance Shappley, who acquired it in 1991. It was refinished in its original Sequoia Green paint and reassembled to its factory configuration. It features a Muncie M21 4-speed close ratio transmission, 3.73 Positraction rear end and the original 427 engine installed by Yenko. It was ordered with a black interior complete with the Z23 Special Interior Group, AM push-button radio and Redline tires.

Adding to this Yenko’s appeal is it has only accumulated 1,304 miles since 1968, making it one of the lowest mileage Yenko Camaros in existence. It’s also well documented, coming with Tennessee historic title, notes of a conversation between Dr. Shappley and noted Yenko historian Vince Emme and a period photograph of the late A.J. Lancaster at the wheel of the car in Pro Stock racing. To learn more about the car and for a few more photos, check out Mecum’s listing for it here.