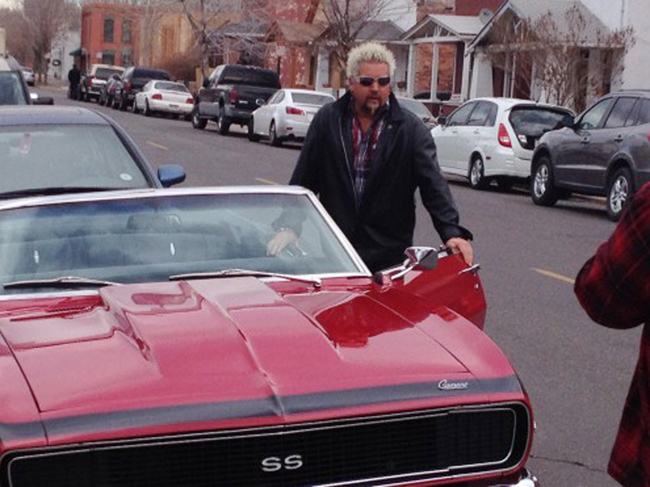 The red car was a 1967 Chevy Camaro SS Convertible, and was owned by the now ex-executive producer of the show. In the early days of production, they drove the car. Now it’s transported by trailer between the cities Guy visits, and it’s only driven between restaurants in the same town. “Newer” episodes (8/11 to present) have been shot with a 1968 Camaro. The ’67 was sold. 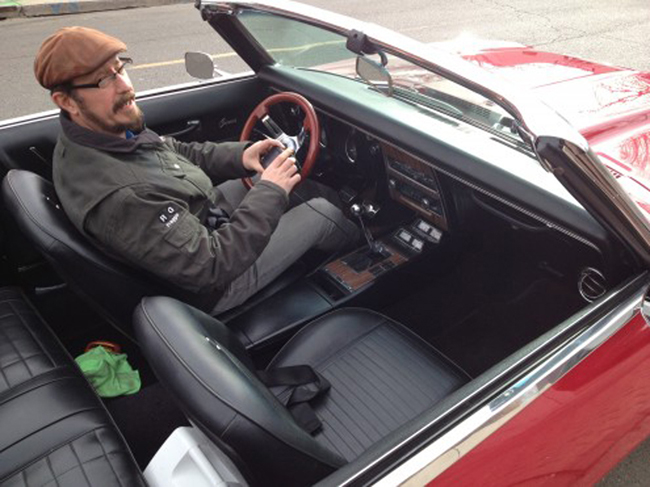 His “Camaro wrangler,” Ron Gabaldon, whose real title is “unit manager for the Camaro,” keeps a bottle of Armor All and his cell phone handy at all times!