There was a bit of a surprise at the GM Renaissance Center today. As you can see from the photos, there were multiple custom Chevrolet Camaros surrounded by a film crew in GM’s circular showroom.

Just what is the occasion? Are they New York International Auto Show surprises? Chevy did catch everyone off guard with the Z/28 announcement last year, after all. Though they could just as well be movie cars from Transformers 4. But as it turns out, the Camaros seen here are neither official Chevrolet concepts, nor are they Autobots (or Decepticons). 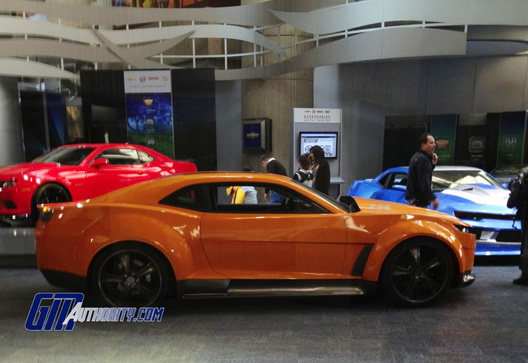 They are, in fact, final design submissions for TruTV’s new show: “Motor City Masters”. The synopsis of the automotive design reality show is to create full-scale design concepts in the span of three days. These blue and orange Camaro design submissions were two examples of what had to be a half-dozen other Chevys, but the rest were all covered up at the time. Are you a little more interested in the new television program now? Because we are. 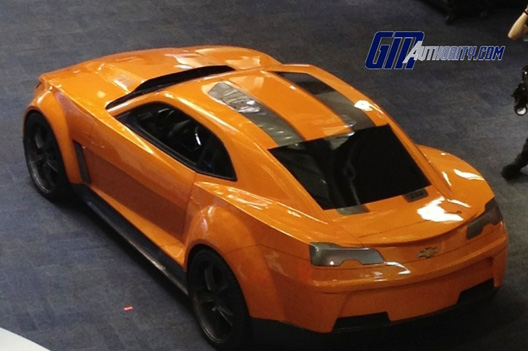 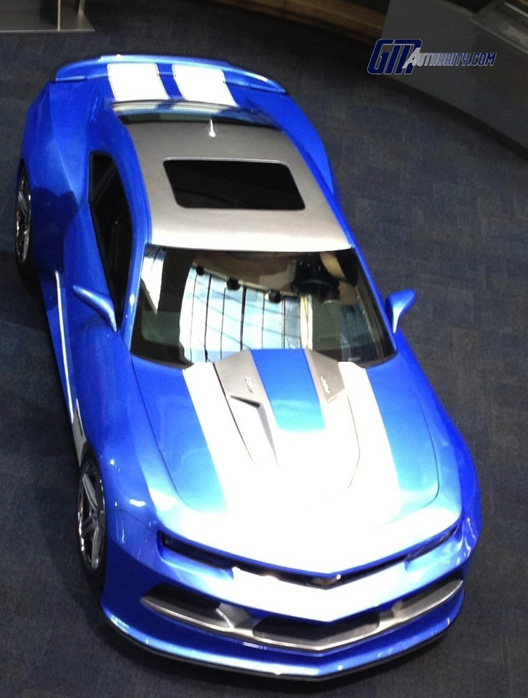