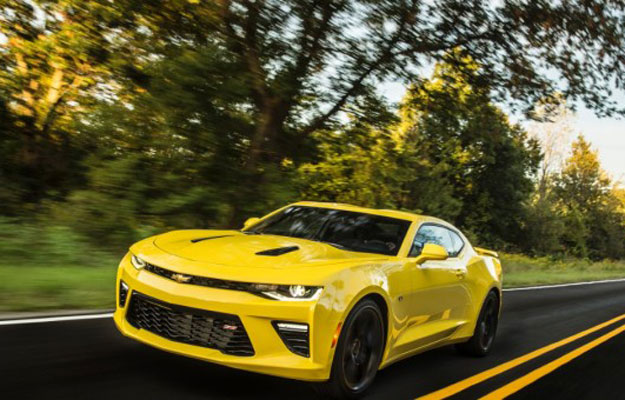 From the beginning, we knew the 2016 Chevrolet Camaro was going to be a performance powerhouse, especially for the money. Moving to GM’s Alpha platform opens up a world of possibilities for the Chevrolet pony car challenger.

Speaking of Challenger and, by association, Mustang, the main competition to the Camaro will have a formidable opponent on their hands, as Chevrolet has released official performance numbers for the 2016 Camaro.

Starting with the 455 hp LT1 6.2-liter V8 powered 2016 Camaro SS, the range-topping model at launch will scoot the car from 0-60 in four seconds flat, and passes the quarter mile in 12.3 seconds with the eight-speed automatic. Rowing the gears yourself with the manual gearbox clocks a 0-60 time of 4.3 seconds and a quarter-mile time of 12.5 seconds, according to Chevrolet.

But, the other engine options won’t be slouches, either. The new LGX 3.6-liter V6 will scurry to 60 mph in 5.1 seconds with the automatic, and 5.2 seconds with the manual transmission. The quarter mile will come and go in 13.5 seconds, and 13.7 seconds for the auto and manual.

Not far behind the V6-powered 2016 Camaro is the LTG 2.0-liter turbocharged Camaro. In base-model guise, the 2016 Camaro will sprint to 60 mph in 5.4 seconds with the manual, and 5.5 seconds with the automatic. The quarter mile times for both transmissions checked in at 14 seconds.

Stopping and cornering are just as important with this sixth-generation Camaro, especially after the diet the 2016 Camaro has gone on.

The 2016 Camaro SS will pull an impressive 0.97 g in the corners, and stop from 60 mph in only 117 feet. Camaro RS coupes with the V6 command a respectable 0.89 g, and stop in 124 feet, while the turbo-four Camaro is once again right behind at 0.85 g, and come to a halt in 129 feet. All of this is done with exclusive Goodyear tires on each Camaro variant.

“Every Camaro model offers exceptional chassis strength and rigidity, but the modular design made the architecture more adaptable and mass-efficient, because we didn’t have to compensate for the unique demands of, say, the SS convertible when building a 2.0L Turbo coupe,” said Al Oppenheiser, Camaro chief engineer.

“The result was an elegant engineering solution: 12 chassis components that could be combined to meet the structural requirements of each specific model, without adding unnecessary mass to other models.”

After taking in all of this, we eagerly await our time to drive the production version of Chevrolet’s latest muscle-car engineering masterpiece.