JOLIET, Ill., March 31, 2014 /PRNewswire-iReach/ — As Chicagoland performance-car enthusiasts await the arrival of the track-ready 2015 Chevy Camaro Z/28 at Bill Jacobs Joliet in the coming months, they’ll be able to catch a glimpse of the muscle car in action as paces the 2014 Indy 500 on May 25. 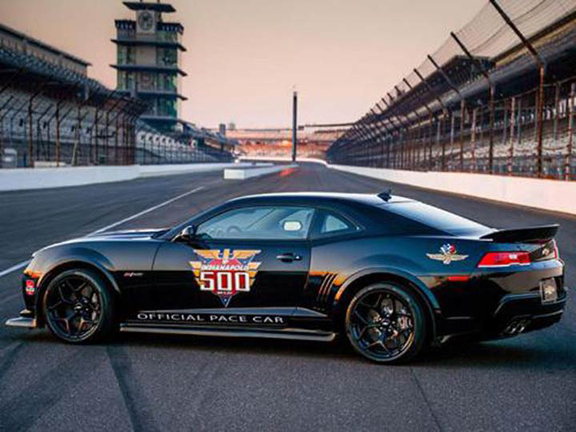 While the 2015 Chevy Camaro Z/28 won’t be fully unleashed on the track, the man behind the wheel has proven to be more than capable of getting every ounce of performance from a car. Chevy selected three-time Indy 500 winner Dario Franchitti to drive the track-ready Camaro. Although Franchitti had his racing career cut short after suffering serious injuries from a crash last October, the automotive world is thrilled to see Franchitti back behind the wheel at the Indy 500.

This year’s race marks the 98th running of the Indy 500 and the 25th time a Chevy vehicle has paced the legendary race. Last year, San Francisco 49ers head coach Jim Harbaugh led the pack in the all-new Chevy Corvette Stingray and this year will be the eighth time a Chevy Camaro paces the pack.

The 2015 Chevy Camaro Z/28 is among the most anticipated new Chevy models of 2014 at dealers like Bill Jacobs Joliet, but new models like the 2015 Chevy Colorado and next-generation Chevy Suburban will both make their way to the Chicagoland lot later in the year.

For more information about the new arrivals at Bill Jacobs Joliet, call the dealership at 815-741-6975 or browse the online inventory at www.billjacobsjoliet.com.