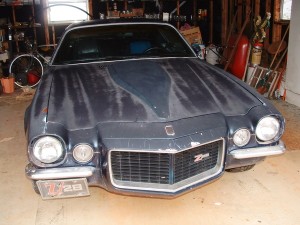 This 1973 Camaro RS Z/28 clone (a real RS, not a Z/28)had been sold to two good friends in Australia, but they both found other projects in OZ to take on instead. So, after 5 years of sitting around and collecting parts, I decided to do something with it. I named it Project Boomerang because it just kept coming back!

I purchased the 1973 Camaro in non-running condition from a guy who was not a “car guy”. It went through a light restification a few years prior and had a rebuilt 350/350 drive train. So, I picked it up at a great price took it home and began to try and figure out why it would not run. Put in a fresh battery, got power and spark. Went around back put in a couple of gallons of gas, fired it right up. See, I told you he wasn’t a car guy!

We started by stripping the car down to the frame and media blasting the body to try and get back to 1973 only to find body rot in all the common Camaro places. The floor was bad from a leaking rear window and leaking heater core (which was fixed with shut off valves from the local “Big Box” hardware store). So, a full floor was in order for our RS Z/28. The rear window to trunk panel, package tray and hinge support panel were all trashed as well.

Once the Camaro’s body was smoothed out, we sprayed the whole thing in epoxy primer. Black first then red oxide to make the Fiji Blue Poly really pop. Then, it was time to add the white stripes. While we were at it, we figured we should spray the LS engine cover to look like the hood “bled” all over it. That turned out really cool.

That is where we are so far… Stay tuned as we keep working on Boomerang! 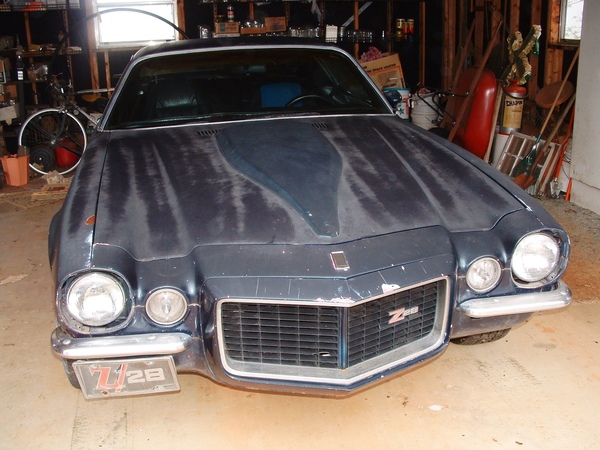 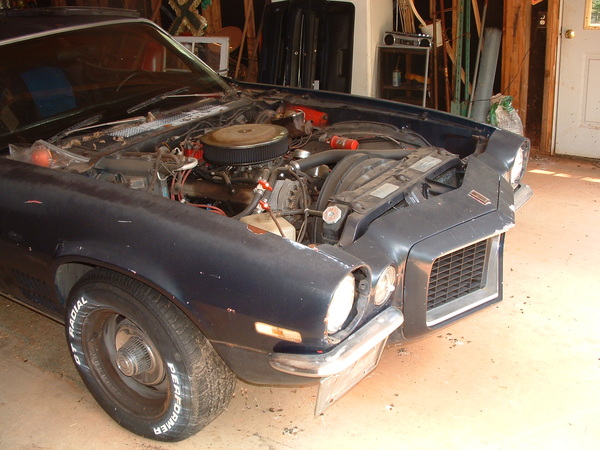 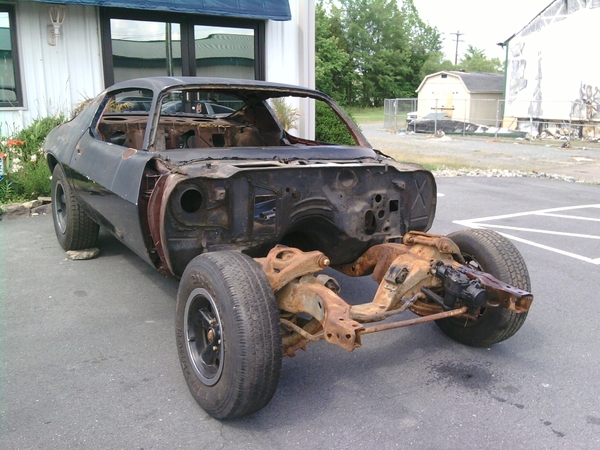 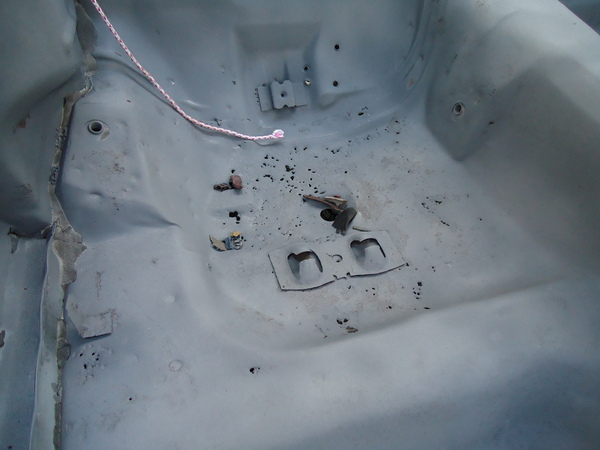 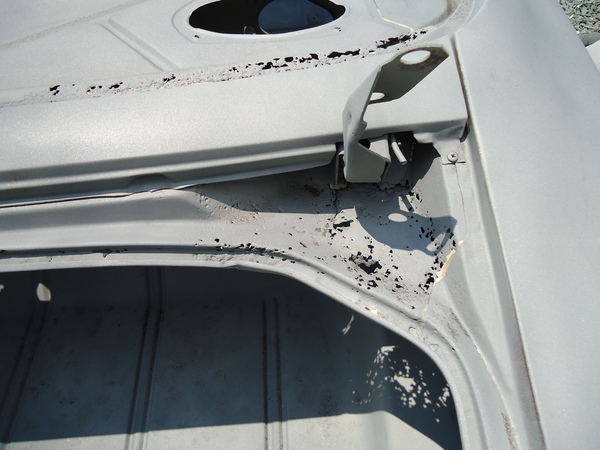 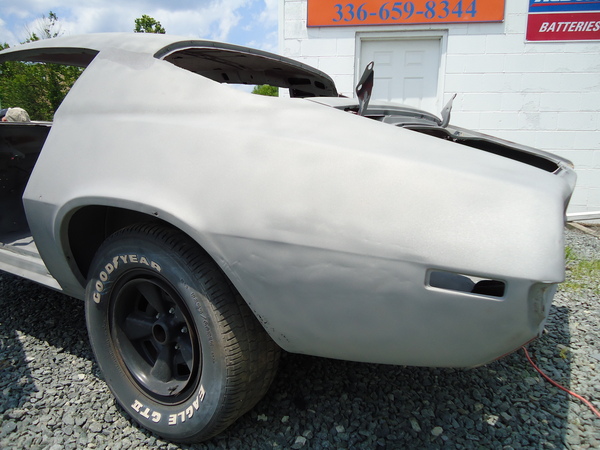 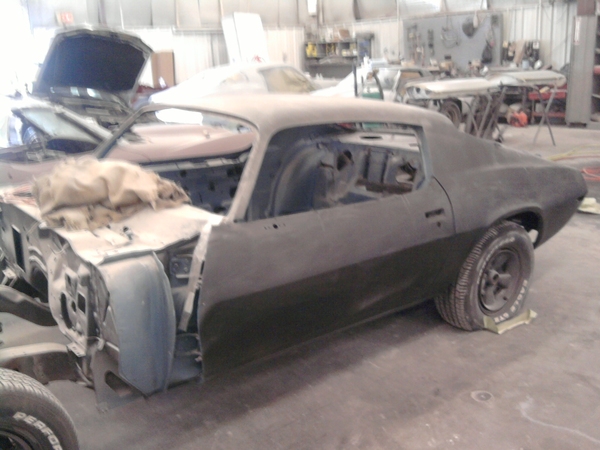 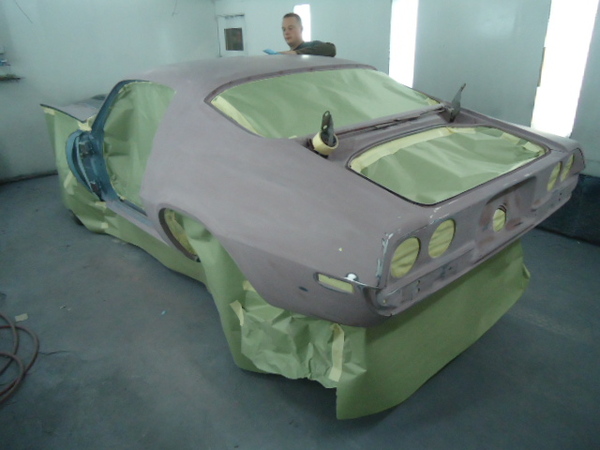 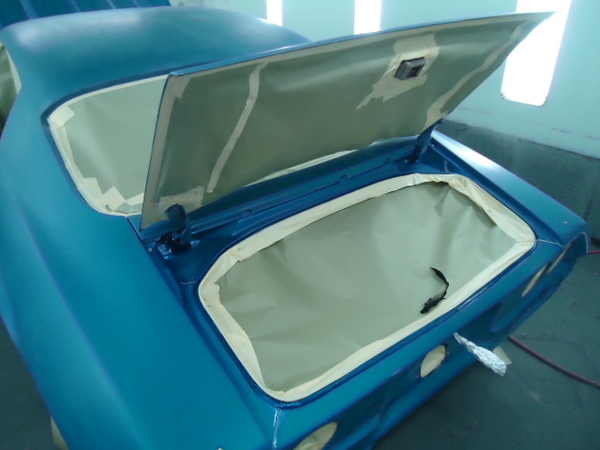 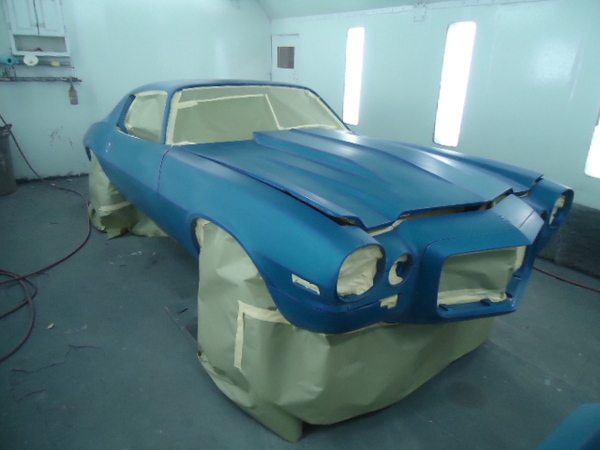 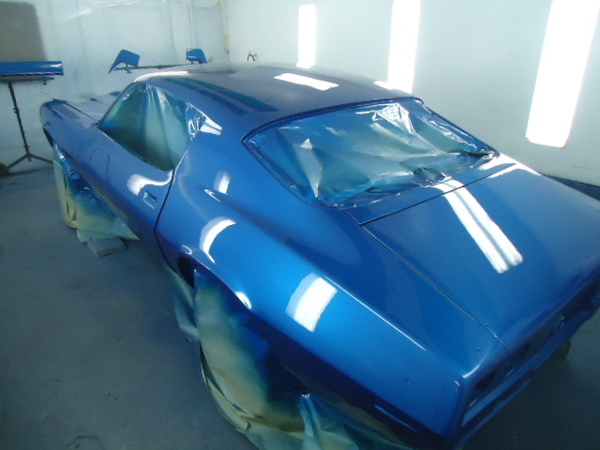 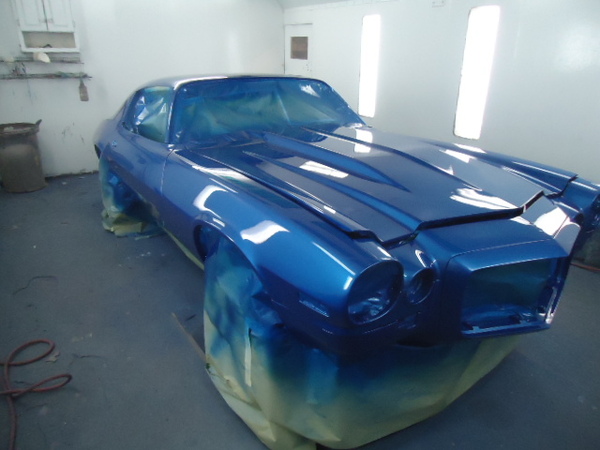 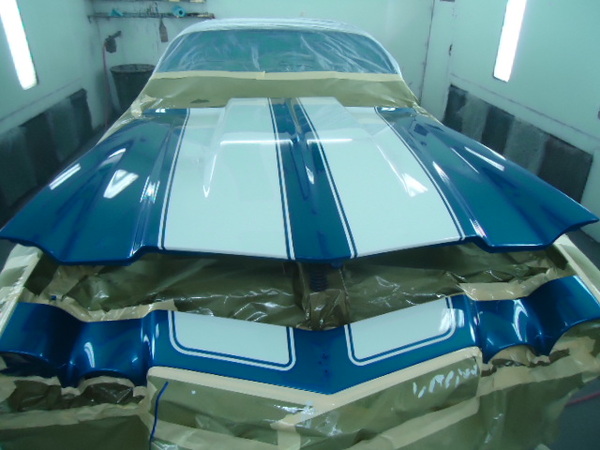 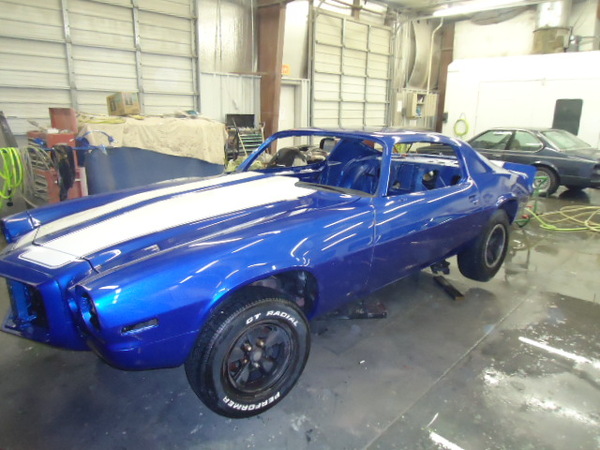 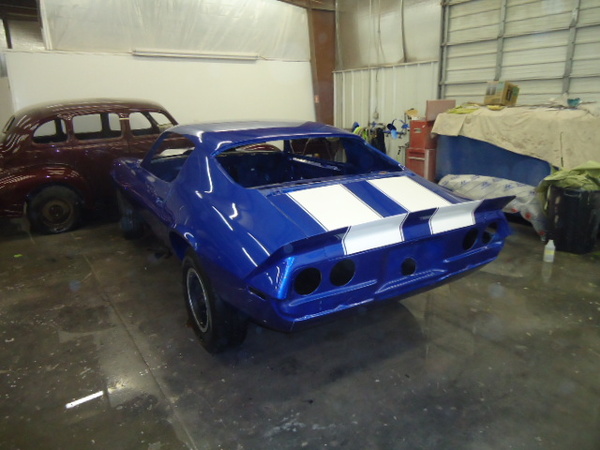 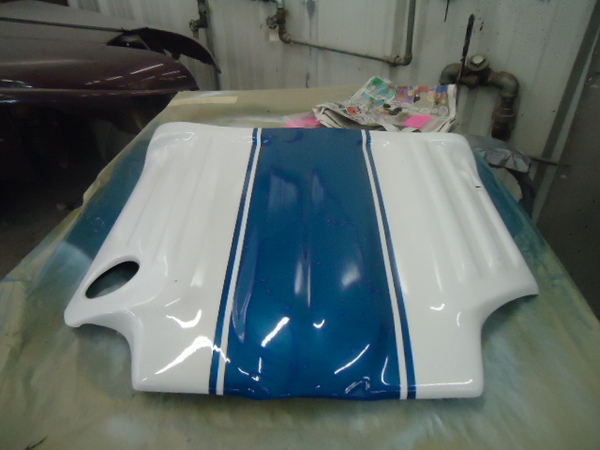